Despite its high quality and broad range, German non-fiction is struggling in the Norwegian market. Why aren’t we more interested in our southern neighbours?

Cornelia Koppetsch, Hape Kerkelin, Bas Kast. In Germany all three are bestselling authors; in Norway we might assume they were biathletes. While German literary enthusiasts have no trouble naming Åsne Seierstad and Erling Kagge, a Norwegian reader would be slower to come up come up with the name of a contemporary German-language non-fiction author. Why is this the case? Shouldn’t the fact that there are 80 million Germans and only around five million Norwegians make the opposite true? This year, Norway is guest of honour at Europe’s biggest book fair, Frankfurter Buchmesse, so the focus on Norwegian literature in Germany is extra high. But even in normal years, there’s still a major imbalance.

To stimulate interest in German literature in Norway, a German-Norwegian literary festival was arranged at Oslo’s Litteraturhuset in April of this year. “In 2019, more than 250 Norwegian books were translated into German and in a normal year, the level is around forty. When it comes to German books translated into Norwegian, however, the figure is between eight and twelve,” the organisers noted in the press release. That figure is the combined total for fiction and non-fiction. This year, six German non-fiction books were published in the Norwegian market, which is better than normal, but still a remarkably low figure. Why don’t Norwegian publishers dare to take a chance on non-fiction from one of Norway’s most important partner countries, with which we have so much in common?

Have to Be Bestsellers
Kagge forlag, along with its sister publisher J. M. Stenersen, is Norway’s biggest publisher of non-fiction written in Norwegian.1 Publisher Tuva Ørbeck Sørheim says they only publish three or four translated non-fiction titles a year, and in recent years, most of these have been from English.

The main focus is on developing Norwegian authors; it’s harder to create a buzz around foreign authors:

“I feel that we have a better handle on publishing Norwegian non-fiction,” explains Sørheim. “Basically it’s more difficult to get press when the author isn’t in the country, and it isn’t especially easy to get press coverage for author visits either.”

When asked what kind of German non-fiction Kagge might consider translating, the answer is that they should preferably be bestsellers in their homeland. Peter Wohlleben’s Das geheime Leben der Bäume and Giulia Enders’ Darm mit Charme are examples of German bestsellers that have also sold well in Norway. The Norwegian title of the latter, Sjarmen med tarmen, even started a minor trend for rhyming book titles in Norway. However, even being a bestselling German author is far from a free ticket into the Norwegian market.

Just Un-Norwegian Enough
Anna Richter runs the Schöne Agentur agency and her job is precisely to sell German titles to the Nordic countries. Her clients include some of Germany’s biggest publishers: S. Fischer, Hanser, dtv and Kippenheuer & Witsch. She immediately relates to this problem and thinks that far too few German books are published in Norwegian.

“Definitely. And I have never yet managed to find a conclusive reason why it is like that. Norwegian editors engage in a delicate balancing act between titles that are “too Norwegian” and those that are “not Norwegian enough”. Books about, say, knitting, outdoor life and conditions in Norway will fall into the first category and in those cases, the editors prefer to have a Norwegian author writing about the topic. It seems as if Norwegian readers prefer a Norwegian author when they are going to read about certain issues. On the other hand, an awful lot of books end up in the “not Norwegian enough” category. A book on immigration that isn’t specifically about Norway arouses no interest and nor do books about the EU; publications like this have little appeal and don’t have the same newsworthiness in Norway as in other countries.”

Richter has a good example of her own of a book she tried to sell to the Norwegian market but that was not seen as “Norwegian enough”.

“The biography of Sweden’s pioneering female artist, Hilma af Klint, has sparked interest in Denmark and Finland and is now being translated into Swedish, English, Korean and several other languages. Only in Norway do editors have qualms about it because they think Af Klint “isn’t famous enough”. In my opinion, this is a typically Norwegian reaction, and very confusing for a reader from Germany.”

Based on the publishing figures, it appears to be the case that foreign non-fiction is even more difficult to sell to the Norwegian market than fiction. Richter can also relate to that.

“Yes, the editors are scared of missing out on the next Peter Wohlleben – in other words, the next on-trend topic – but at the same time, I have the impression that they mostly think about why they shouldn’t buy a given non-fiction title. When it comes to fiction, they’re more concerned about the most appropriate way to sell the title to the Norwegian readership. In that case, the issue of relevance isn’t as important because good fiction is relevant in itself.”

Since Richter works with all the Nordic countries, she has noticed several differences between them.

“Compared with Denmark and Sweden, Norway is a hard nut to crack when it comes to non-fiction. But once a title has been bought, I never worry that it’ll fail to find readers. The print runs and sales are satisfactory by Scandinavian standards. The Danish market is also very small and at the same time very exposed to competition: titles can easily disappear in the crowd there. Sweden is the biggest and most curious market in Scandinavia. As an agent, you’ll quickly find plenty of editors who are interested in German non-fiction.”

But why does Norway stand out as particularly uninterested in foreign non-fiction.

“I think this reticence is very much connected to the high costs of translation and marketing etc. If a book fails to find readers, things can quickly turn catastrophic. In other countries, the costs are often lower and more titles are published, so that means the risk is also distributed more evenly across them. In addition, it seems to me that individual Norwegian editors are under great pressure to find precisely that one right title.”

Domestic Relevance
Knut Ola Ulvestad, head of non-fiction at Cappelen Damm has a few ideas about why there is so little translated non-fiction in the Norwegian market.

“That and a changed literary public that is more inclined to demand domestic relevance and presence. Whatever the case – a more comprehensive and predictable purchasing scheme2 would be a great help.”

A quick review of the translated titles bought by Arts Council Norway under the purchasing scheme in 2018 confirms Ulvestad’s criticism: Only 28 of the 124 translated titles purchased were non-fiction books. At the same time, 78 non-fiction titles were registered under the scheme. When it is so hard to rely on books being purchased, the will to take a chance on a book naturally diminishes. But at the same time, the purchasing scheme for translated literature is better than ever before. It started as a trial project in 2013 and became a permanent budgetary item from 2016 onwards.

English Dominance – in Germany
So what books are Norwegian readers missing out on? Gerrit Bartels, literary critic for the Berlin newspaper Tagesspiegel, thinks Cornelia Koppetsch books should be of interest to a Norwegian readership.

“In Die Gesellschaft des Zorns (The Society of Anger), Koppetsch writes about right-wing populism in the digital age. She is a sociologist with a left-liberal perspective but she always incorporates this into her analysis and tries, in this way, to truly understand the right-wing populists.”

“Not Norwegian enough,” is the reaction such a book would probably swiftly prompt from publishers. And that hits many of the German bestsellers. Bartels mentions, among others, the former SPD politician Thilo Sarrazin as one of the most important trendsetters for German debate in recent years.

“Deutschland schafft sich ab (Germany Is Doing Away with Itself) from 2015 is still just as politically relevant. Sarrazin said things no politician dared say – bad things in my view – but the book launched a debate that Germany had long been postponing and laid the foundations for the radical right-wing Alternative für Deutschland party.”

When it comes to the major trends in German non-fiction today, Bartels highlights that books about nature, self-help, the climate, nutrition, medicine and right-wing populism are extremely popular. Not to mention books written by people who are experts in a field rather than authors. Bartels sees this in the context of the publishers’ working methods.

“The publishers watch what is going on in contemporary life, which topics are trendy, and adapt their catalogues accordingly. Right now, the topics mentioned above are the ones that dominate, along with feminism, and anniversaries are always big. So five years ago, books about the First World War were very popular. And on top of that, there are the books with an international buzz that get translated super-quickly, like Michael Wolf’s book on Trump, Michelle Obama’s autobiography and the book by Greta Thunberg and her parents.

And perhaps that brings us to the heart of the matter. If we take a look at German bestseller lists, they aren’t packed with a wide range of non-fiction titles translated from French, Spanish or Dutch. No, alongside the German titles, the lists are filled with exactly the same bestsellers as in Norway and they are English-language books. Michelle Obama’s autobiography was, for example, the best-selling non-fiction title in German in 2018 according to Spiegel. In second place came Stephen Hawkings’ Short Answers to Big Questions. From this perspective, the Norwegian and German book markets mirror one another: beyond our countries’ own books, we choose to read the world with an anglophile gaze.

The Swiss sociologist Jean Ziegler is a prominent critic of modern capitalism. In this 128-page book he gives a simple and effective explanation of why capitalism is a destructive force that his grandchildren, the Greta generation, must finally call to account.

Friederike Otto works as a physicist at Oxford University where she researches extreme weather. Was last year’s heatwave “just weather” or was climate change to blame? In the book, Otto reviews a number of extreme weather events from recent years, and shows how they fit in with climate change.

Spiegel journalist Susanne Koelbl achieved the feat of travelling around Saudi Arabia whilst evading state surveillance or any other restrictions. Over three months, she travels around the country, gaining a unique insight into a nation in a process of dramatic change. It is an insightful piece of reportage from a country whose development is crucial not just for the region but for the entire world.


1 https://bok365.no/artikkel/et-meget-godt-kagge-ar/
2 Purchasing scheme: Arts Council Norway purchases up to 1500 copies of about 600 new titles every year, which are distributed to local libraries throughout the country. 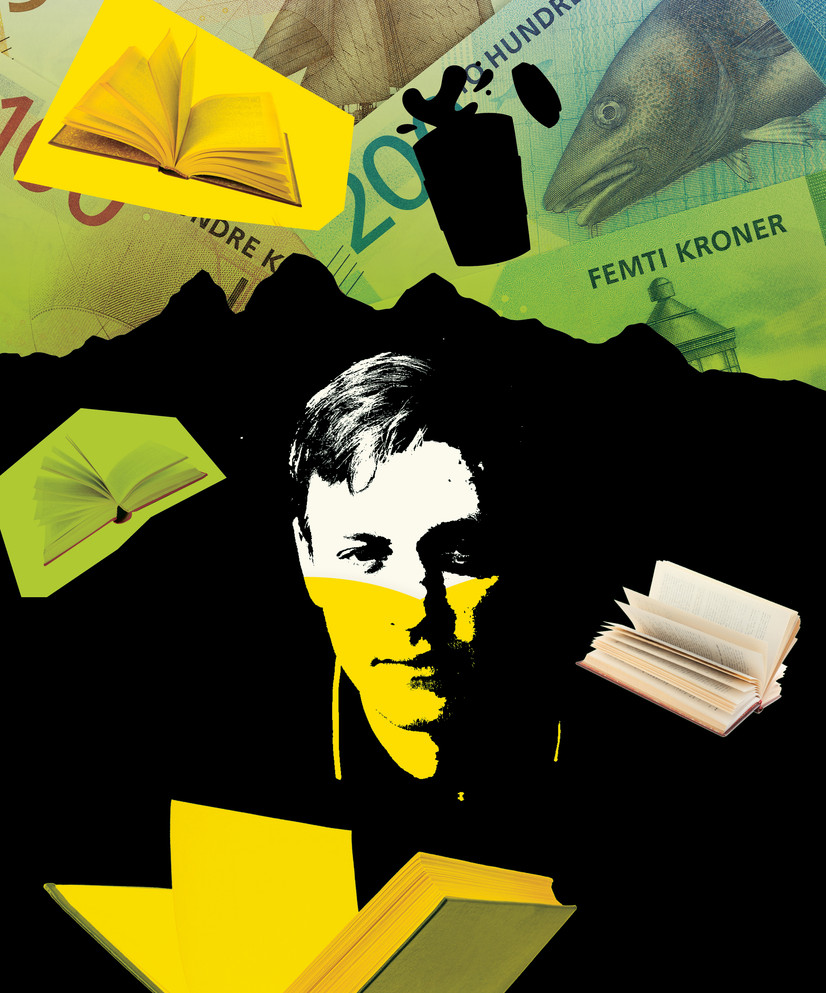 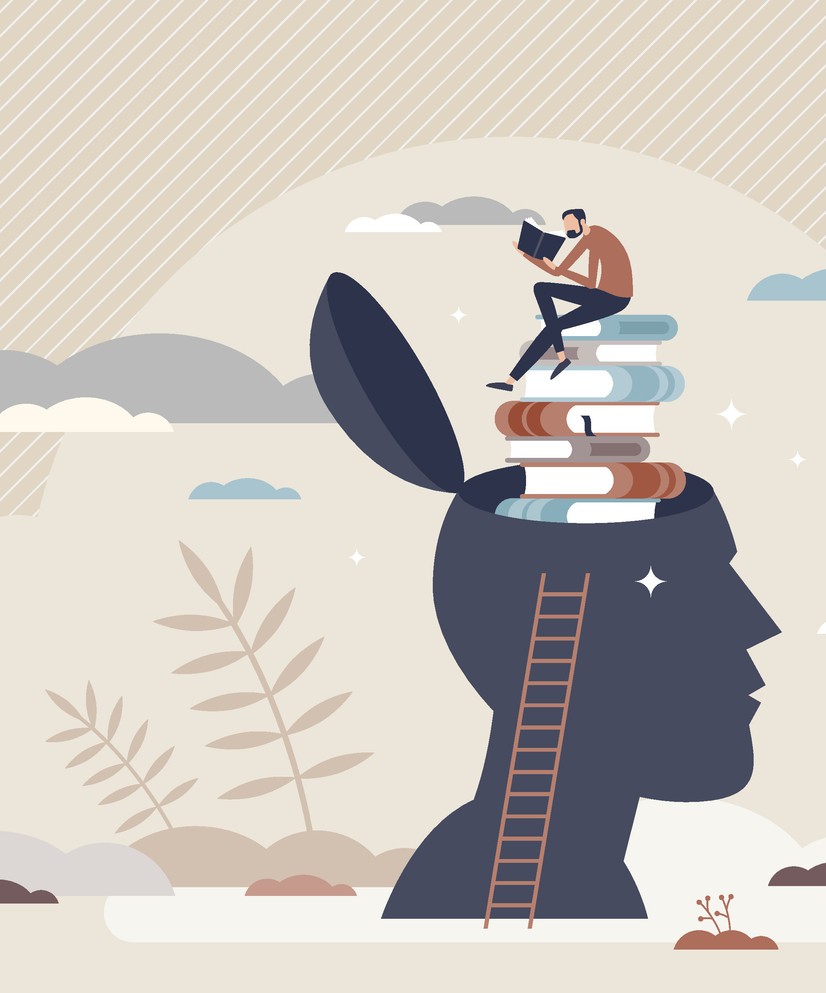 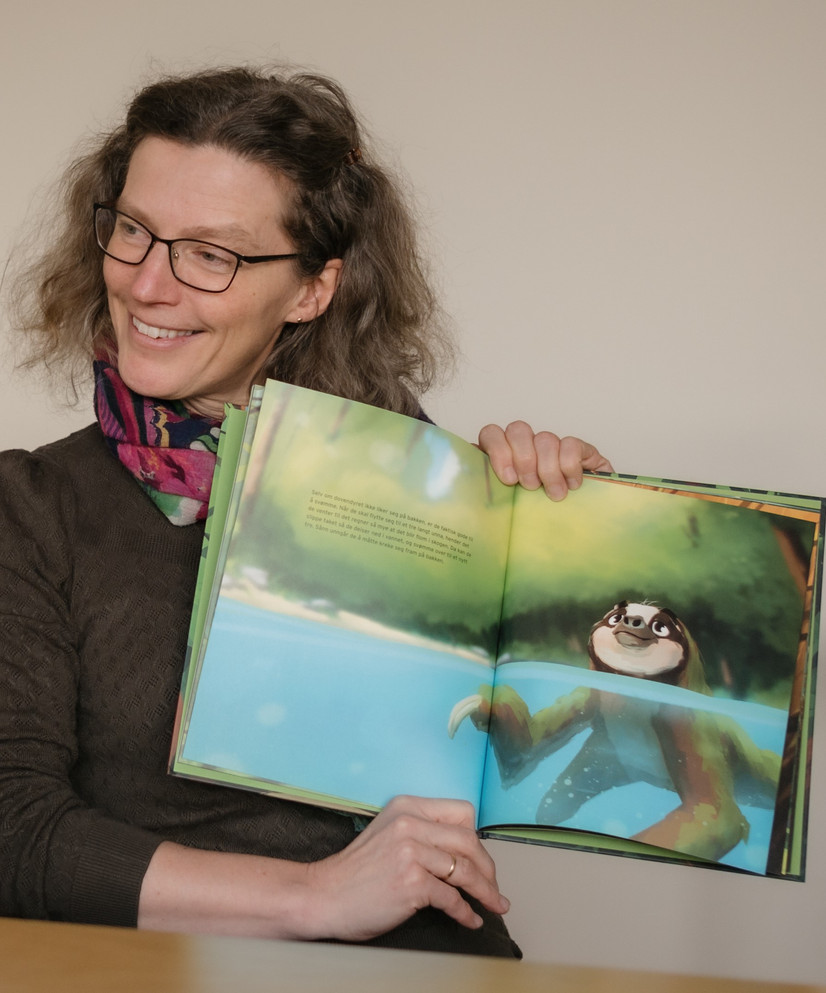 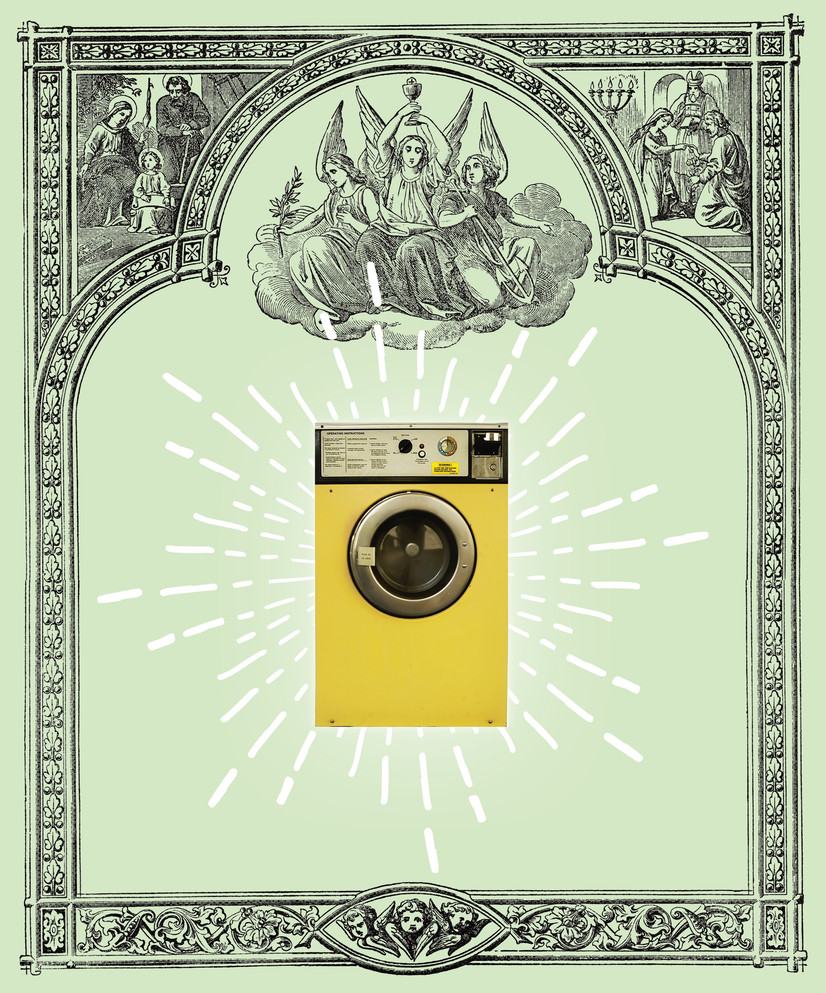 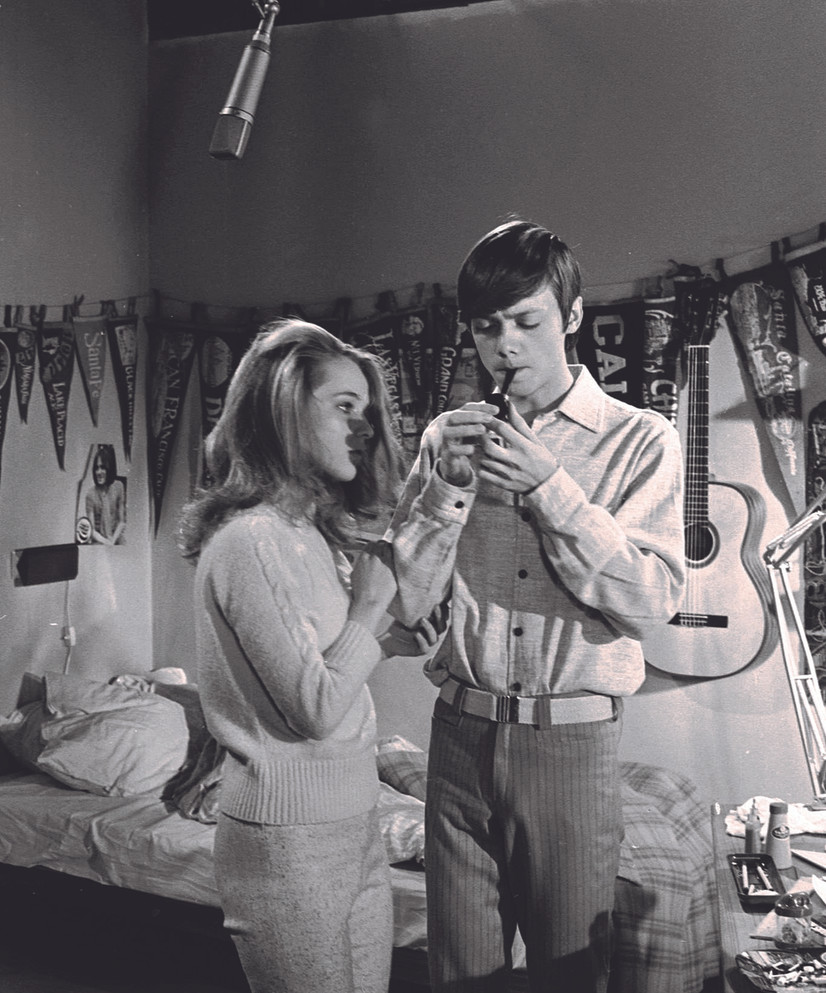 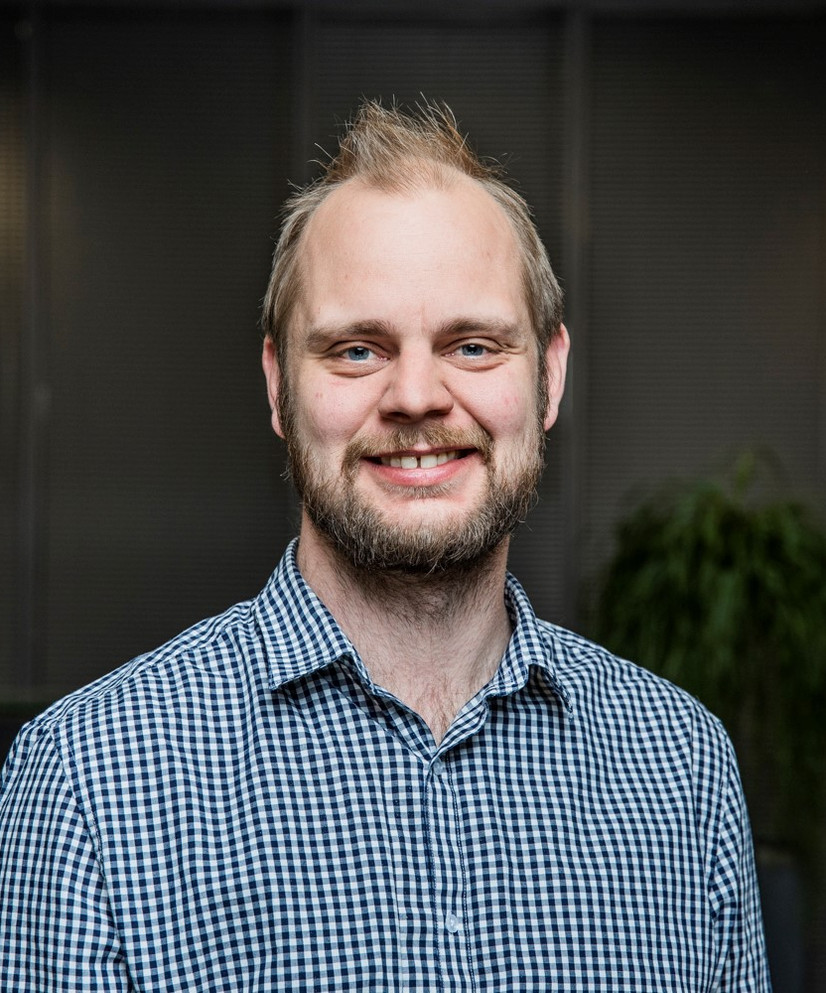 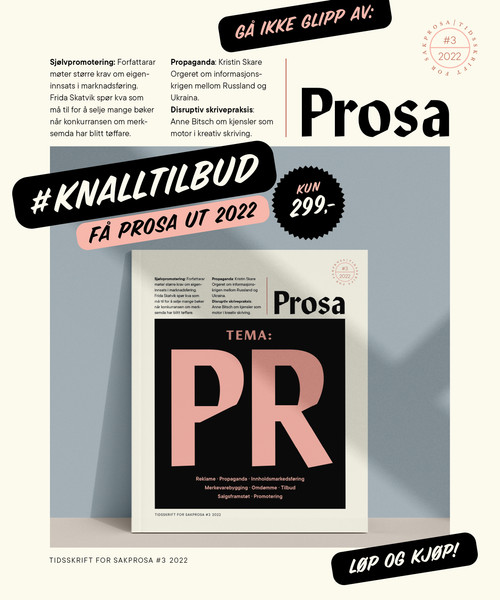