I can’t relate to Gehrmann’s Norway. Rather, I relate to her encounter with it. It’s so peculiar here!

The gossip magazines my mother buys to laugh at on holidays in Germany are chock full of ludicrous stories about the Norwegian royal family. This peculiarity is a reminder that the relationship between Germany and Norway has – at least since the last world war – been characterised by one-way communication: a profound German fascination for all things Norwegian, met with a Norwegian indifference to anything German, which tends to be perceived as dull, boring and bureaucratic. This is, of course, an exaggeration, and yet it still seems that the discrepancy persists and that Germans continue to find Norway endlessly fascinating: the little success story at the world’s end. What is it that makes Norway so appealing? In I did it Norway. Die Entdeckung der nordischen Lebensart, journalist Alva Gehrmann takes the reader on a tour of Norway seen through German eyes. The subtitle, “the discovery of the nordic way of life” offers the promise of insight into something secret. In other words: this is exciting!

Yet this book is no travel guide. On the contrary, it is a wide-ranging portrayal in which Gehrmann reports on her encounters with the country and the people who inhabit it in chapters that deal with different sides of society, from “family” and “work” to “nature”, “culture” and “community”. We meet Morten Strøksnes in a little boat off Lofoten, Karl Ove Knausgård at the Munch Museum, Erling Kagge walking in egalitarian fashion to the office, resourceful families on picturesquely located farmsteads and Sami with reindeer herds filmed by NRK. The tour is framed by meetings with the artist Jan Wanggaard, who, as Gehrmann writes the book, is working to complete his project Maud Returns Home. At the beginning, of the book we are told about the project; at the end, Alva stands with tears in her eyes as Roald Amundsen’s wrecked ship, the Maud, arrives in her native land. The book switches between this type of melodrama and a drier, more journalistic style. Gehrmann writes energetically, with an eye for the comic and the striking feature; it is perhaps most reminiscent of an extended life-style article – which, as everyone knows, make for extremely agreeable reading.

It’s worth asking: which Norway does Gehrmann see? The short answer is: the sales product. When a foreign journalist comes visiting with questions about “the Norwegian lifestyle”, it is to be expected that the presentation will deal with the spectacular, not the prosaic – unless the prosaic seems spectacular for the German eye. By combining this with a deep fascination for the Law of Jante1, Gehrman creates a peculiar, but partially accurate portrait of the Norwegian people. One of her many fine descriptions is of Oslo inhabitant Ingvild and her family (in my translation):


The family have fitted out their apartment cosily. This includes the obligatory Arne Clausen fruit bowls, stacked in different colours on the window ledge, along with numerous candlesticks. They are a classic family who often go for an outing on Sundays. “This weekend, we went hiking on Saturday,” says Ingvild. That’s why she’s “allowed” to stay at home and just go for a short walk with the dog. A veritable rebellion.

It’s a caustic yet admiring gaze that Gehrmann turns on Norwegianness. Do we detect a hint of cheeky irony in her observation of the “obligatory” bowls? If so, it is well deserved. Conformity is, if we are to believe the German gaze, a Norwegian characteristic.


…it is astonishing what conformist lives many Norwegians live. It’s reminiscent of a ski trail where you glide along effortlessly on groomed tracks. When I talk to Morten A. Strøksnes […] about this comparison, he confirms my impression. “And yet most of them feel like Amundsen or Nansen.”

Is that how we are? Variations of this – identity markers along the lines of “healthy and hearty”, “fond of the countryside”, and “I’m just like everybody else” – frame almost all the encounters in the book, until Norwegians end up seeming like a blend of Amundsen and Askeladden (the plucky underdog hero of many a Norwegian folktale), with a healthy dash of neoliberal self-satisfaction. Or is this just an effective cliché?

The myth of the nature-loving Norwegian is, of course, based in reality – it’s common knowledge that the inhabitants of Oslo believe the best thing about their city is its “proximity to the forest” – but that doesn’t make it universally applicable. The same goes for Roald Amundsen’s position as patron saint: it is an effective tool to use the polar explorer as a recurring theme but despite a commercial interest in rugged national heroes, Amundsen is not a major or important name in Norwegian culture today, which makes him a peculiar focal point for this book.

I would, nonetheless, contend that what Gehrmann chooses to focus on is the thing that makes the book interesting; this also gives us an insight into Germanness. As in my mother’s gossip magazines, there is a genuine interest in the greats, in royalty and in the salty sea, at the expense of genuine nuance. Where are Østfold and other dull counties? Where are the “ordinary” people, or those who have other roots? They are also part of Norway and its lifestyle, but in order to make the narrative device work in practice, the peculiarly Norwegian phenomena tend to be highlighted – Christmas parties, the Law of Jante and the far North – rather than the everyday life Gehrmann really ought to have been seeking out. But that would have made for a different and much less saleable book.

Beam in the Eye

Cultural exchange is no easy matter. At the time I am working with I did it Norway, I am also reading German author Nora Krug’s Heimat (2018), a graphic memoir that drills deep into the author’s family history. It is especially painful to read about her encounters with the ideas people have of Germanness in other countries. They shout “Heil Hitler!” at her, make Jewish jokes, assume that she has no sense of humour etc; prejudices that are alive and well, and that are difficult to avoid until one faces up to them. But that isn’t what Germany is, or the German identity. In the same way, I don’t relate to Gehrmann’s Norway. Or more accurately, I relate to her encounter with it: it’s so peculiar here! There are so many sides of the country and culture I barely know about and that I’m glad she exposes me to! That can also challenge my conception of what is Norwegian, resting comfortably in its accustomed framework.

But it is with a certain resignation that I see how this “Norway” is also an enchanting idealised image of the easy, wealthy and nature-loving life that can easily be sold as an exclusive product – as has been happening, moreover, at least since Kaiser Wilhelm II used to spend his holidays in the Norwegian fjords in around 1900.


1 A set of social laws formulated by Aksel Sandemose in his 1933 novel A Fugitive Crosses his Tracks that bears similarities to the concept of tall poppy syndrome. 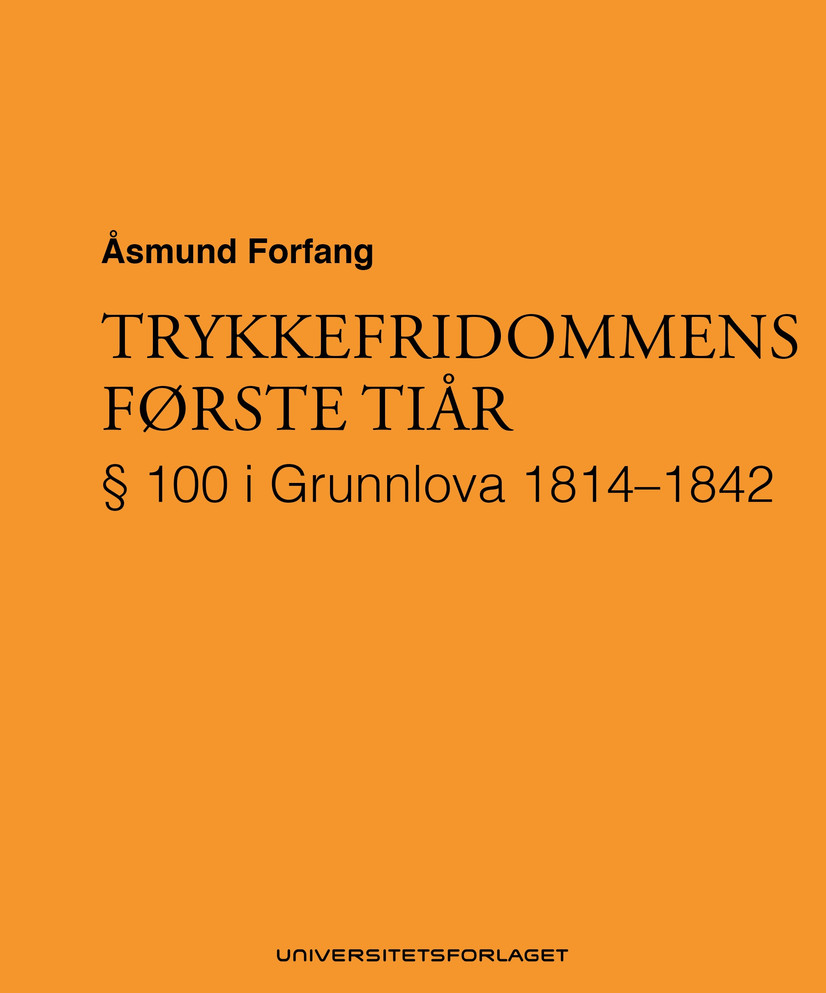 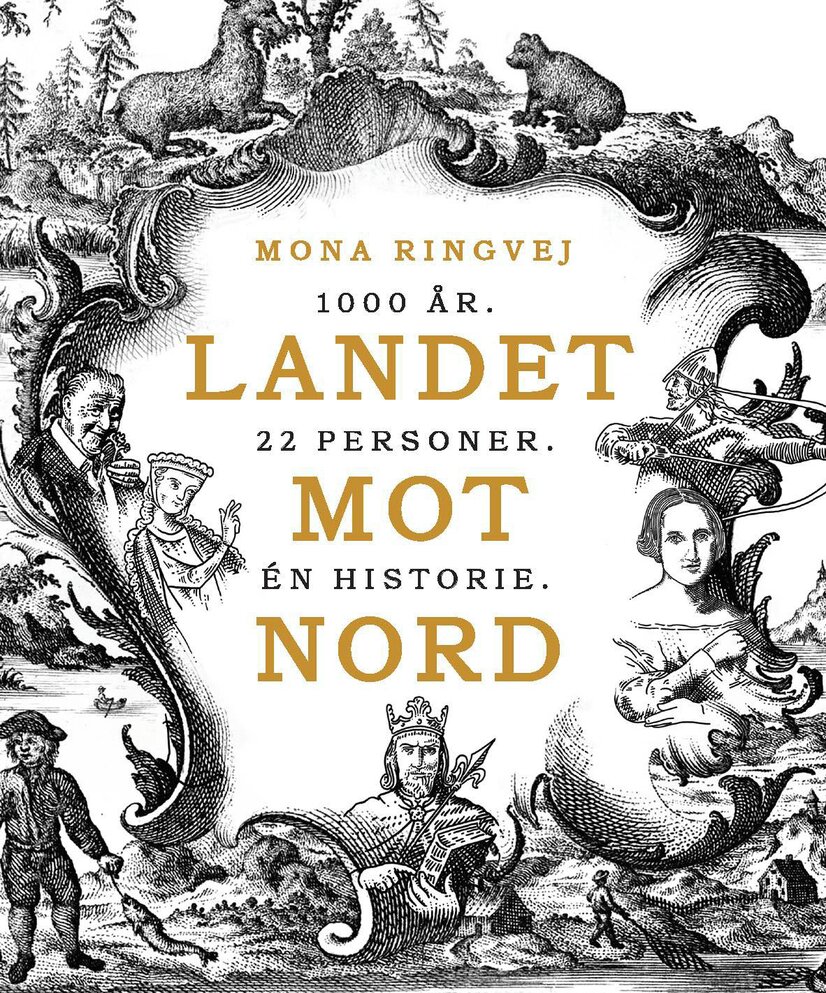 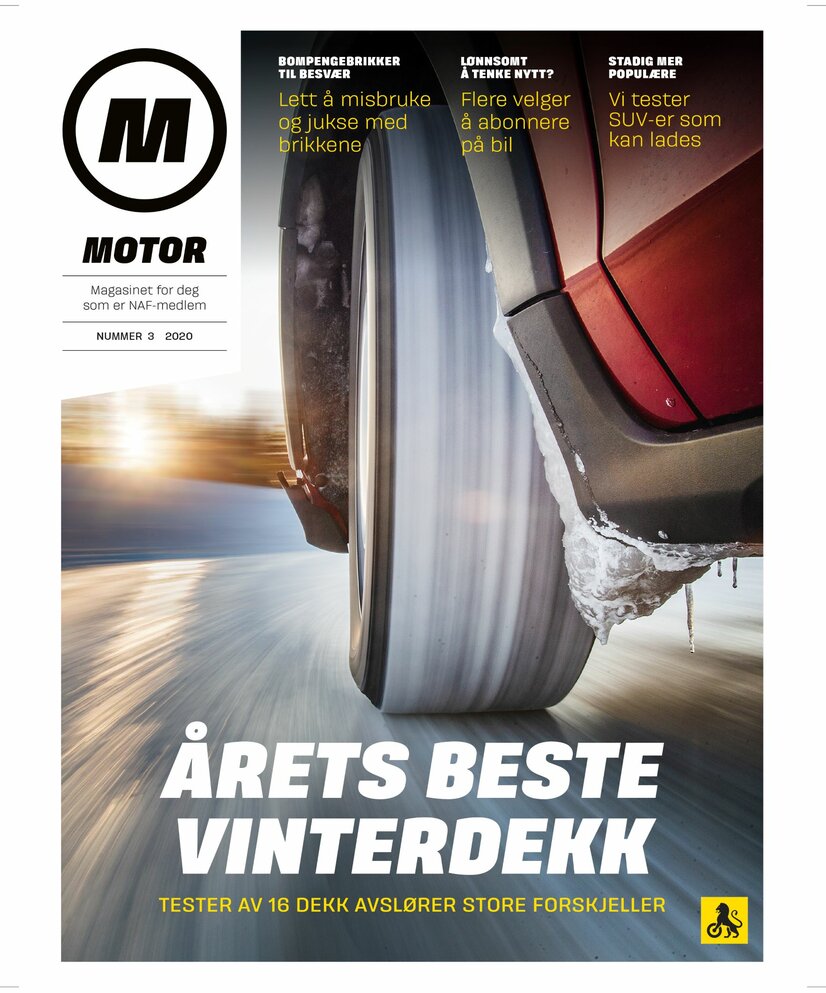 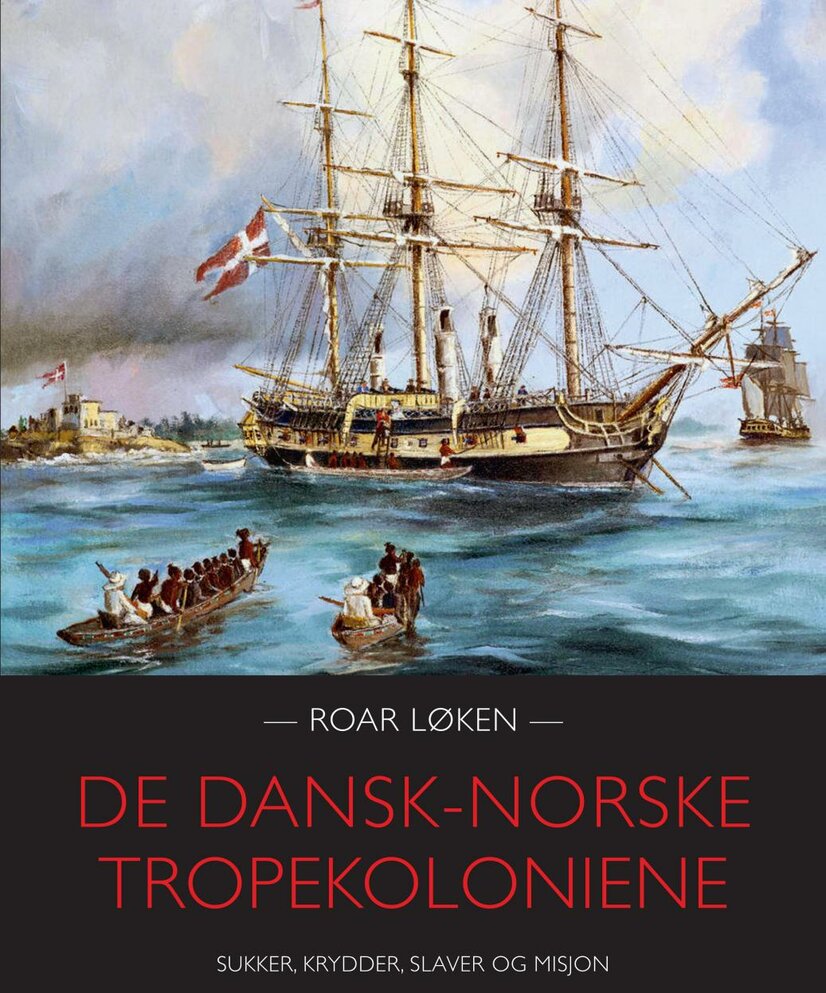 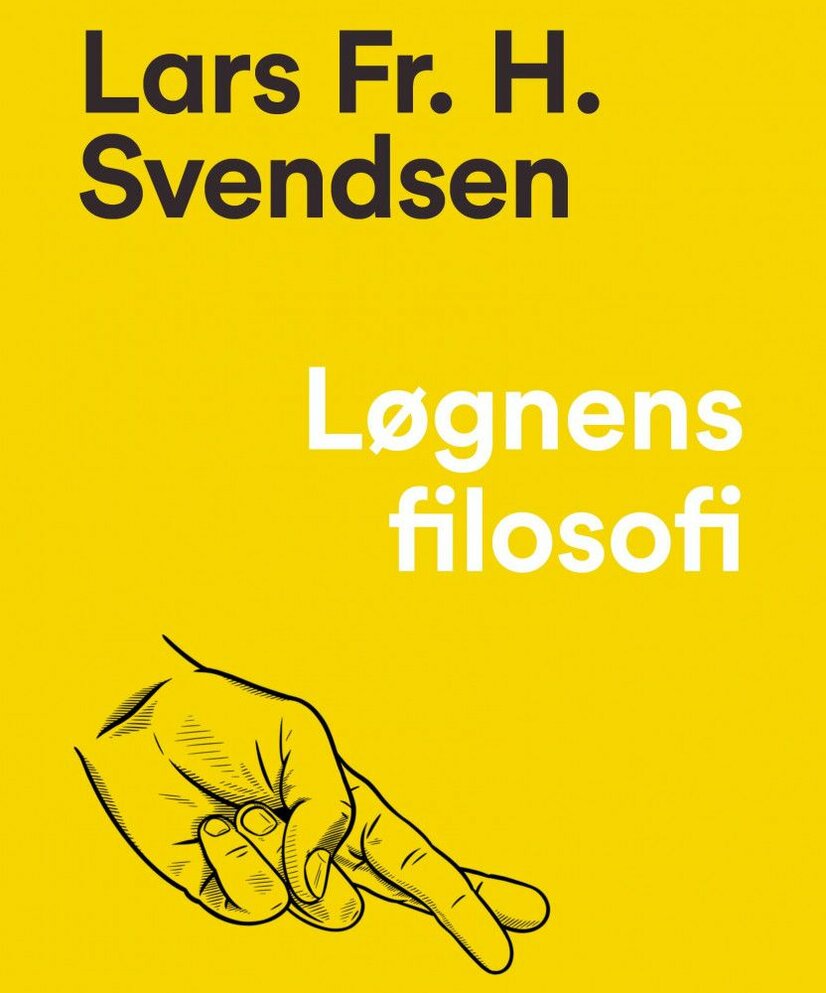 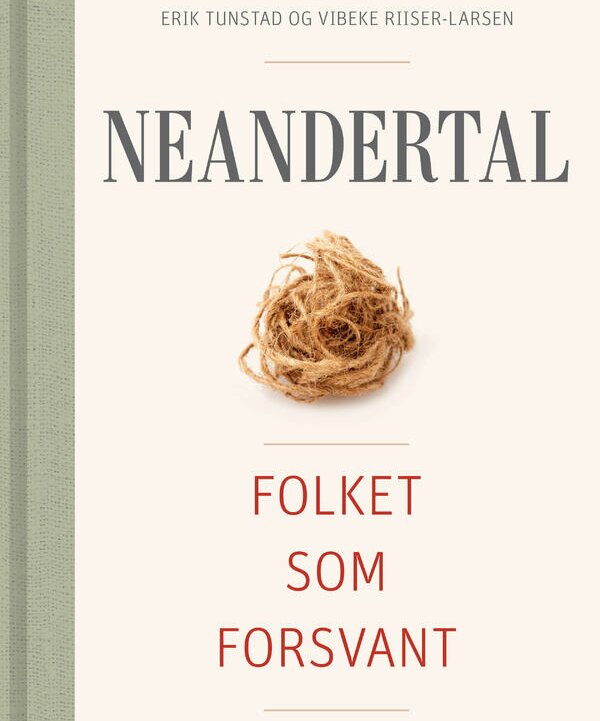 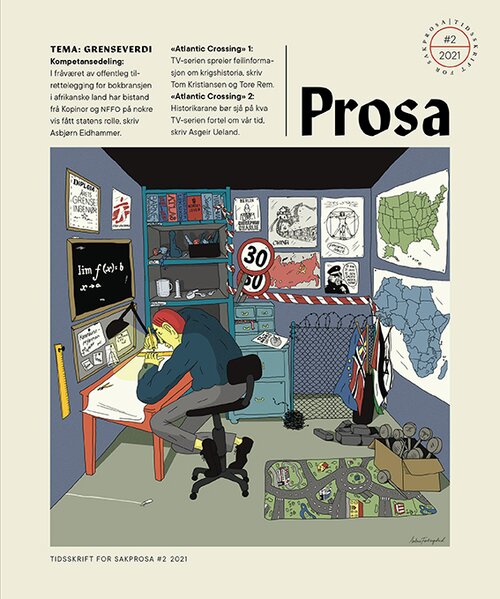